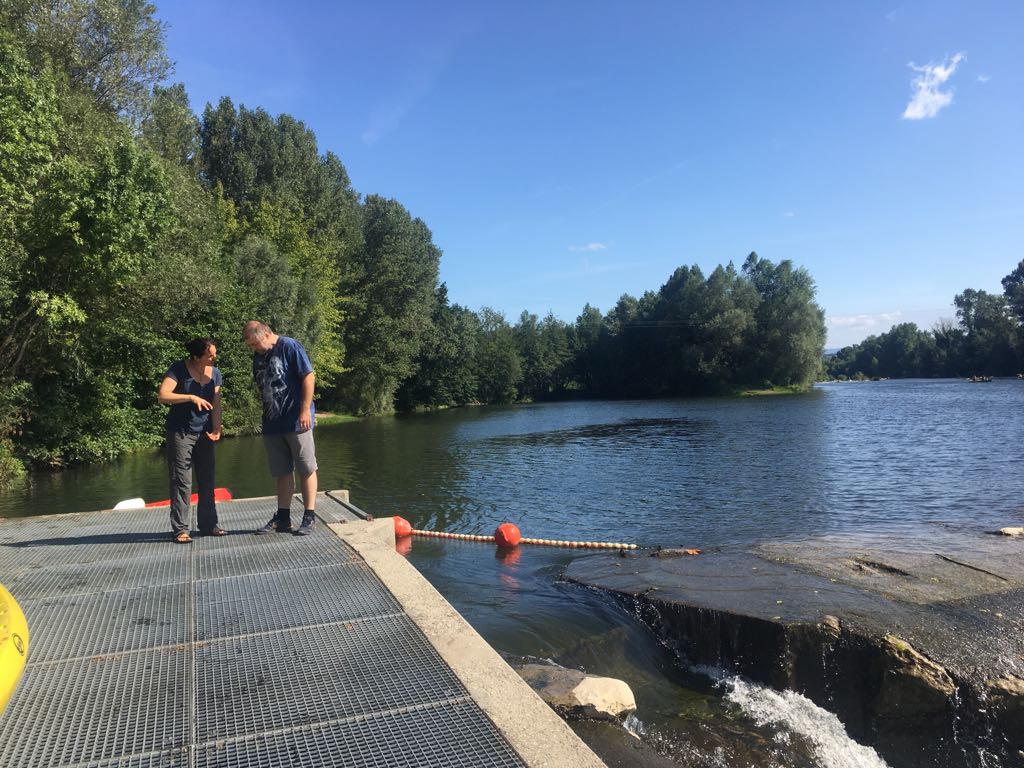 Between 16 and 20 August 2018, a team from the University of Bucharest exchanged experience with the Conservatoire d'espaces naturels Conservatoire d’espaces naturels (Rhone-Alpes Division), a body responsible for preserving and protecting natural and semi-natural areas in France.The program included visiting three sites on Ardeche and Drome rivers (both part of the Rhône basin) where ecological reconstruction measures were implemented, in particular fish passages to restore the connectivity of some river sectors. The host of the visit was Marianne Georget, a specialist in ecological reconstruction and manager of Apron II – Programme for the conservation of the Rhone – Apron (Zingel asper) and its habitats (LIFE04 NAT/FR/000083).

One of the objectives of the project afeorementioned, implemented between April 1, 2004 and March 31, 2010, was to improve the genetic exchange and increase the size of the Zingel asper population by building fish passages where they found barriers impossible to pass by this species. That is why we considered it to be an useful example in the implementation of Fish For Life project projectRestoration of migration corridors and habitats for rheophilic fish species in Gilort RiverLIFE16 NAT / RO / 000778, which also includes the construction of two passages for fish.

The conclusions following the visit of Fish for Life project team include:

Below we present a photo gallery made during the visit. Details of Zingel asper management (including LIFE project activity reports, action plan for species, technical details of fish passages) are available at http://www.aprondurhone.fr/